What's in Store for Sphericle 3.0?

I've been working on the concepts and design for Sphericle 3.0 lately, and I want to share some of what I have so far. The past versions of Sphericle have not been designed nearly as well as they could have; I rushed into development too early, and the game suffered for it. This time around, I want to make it very pretty, more intuitive, and more fun! Here's some of what I'm working on: 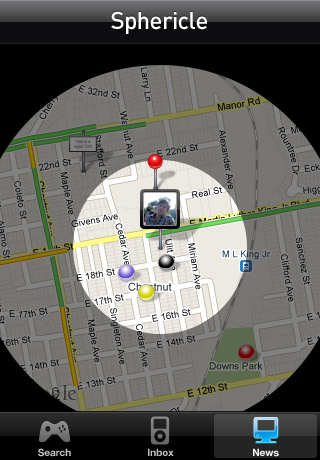 The map is getting prettier. Now, players can upload a profile image, which will be shown when you encounter them on the map. Sphere icons are multi-colored, matching their "actual" color (later on I'll write an article about how I do the coloring dynamically). Also, you'll notice a Sign on the upper left of the map... 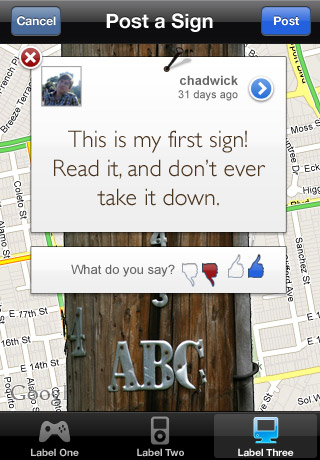 Notes are, most likely, over. Instead, now there are signs. Signs are like notes: a short bit of text that gets posted wherever you are when you write it. But signs don't move, or get picked up. They stay in place, for everyone around to read, and respond to. They also mark your territory. So now, there are two competitions: get the most spheres, and have the most territory. These two competitions play into each other, as well. Have you ever wished you had a safe place, to avoid getting your stash stolen? Just stay in your territory, and you're safe. 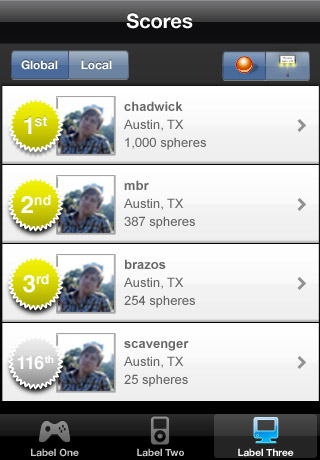 As I mentioned, there are now two competitions: get the most Spheres, and have the most Signs. Also, there will now be Local leaderboards, in addition to the Global leaderboard. Now you can see whether you're the leader in your area, even if you're not the best in the world (yet).

One more aspect coming in the version of Sphericle is Pals (working title). When you encounter someone, you can ask them to be your pal. Why make pals? For one, pals don't steal from pals. If there's someone you've been wanting to call a truce with, become their pal. Also, when people who are aren't your pals come along, the more pals you have, the harder it will be for others to steal from you. Safety in numbers.

A lot of this is still in the concept phase. Please share any thoughts you have... I want to make the next version as fun and slick as possible.