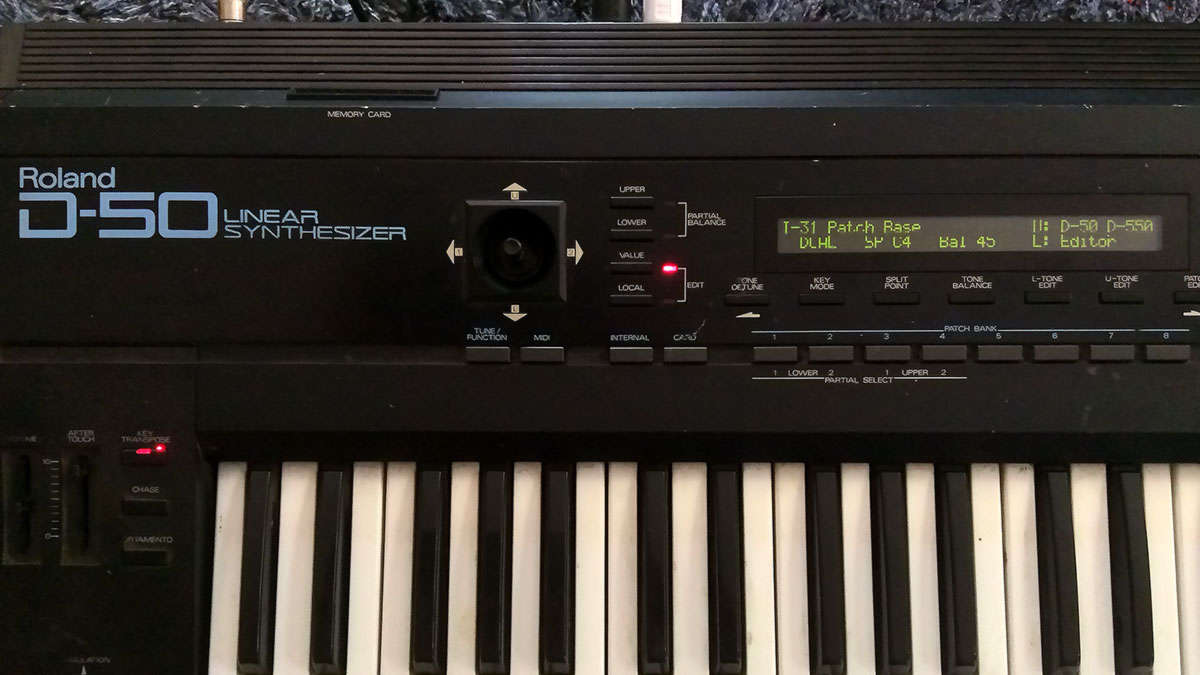 Hot on the heels of the new Waldorf Blofeld patch editor for Patch Base comes another update: editors for the Roland D-50 and D-550. These are part of Patch Base 2.8, available starting today. And for the next few days, the new editors are 25% off.

The D-50 came out in 1987, and was very widely-used at the time, introducing what Roland called "Linear Arithmetic" synthesis (or, "LA"). The D-550 is a rack version of the D-50. It combines samples and digital synthesis (square and sawtooth waves with a low-pass filter) to create sounds that are very distinctly of that era.

It's also kind of a pain to program! Each sound ("patch") contains two "tones", and each of those tones contains two "partials", each of which can either play a sample, or create a digital synth voice, depending on the "structure" parameter of the tone, which is a number 1 to 7 that means nothing to you unless you look at the chart on the synth that tells you what the numbers mean. The synth will gladly let you assign a sample to a partial that won't even play that sample because of the current "structure" setting. If that's a little hard to follow, then you begin to know why this synth is a pain to create sounds for. That, and it has a classic menu-diving interface that must be used to find the parameter you want. Roland released a hardware programmer for these synths called the PG-1000, which gives you dozens of sliders that make things a bit more hands-on, but also still a little confusing... that's where Patch Base comes in. 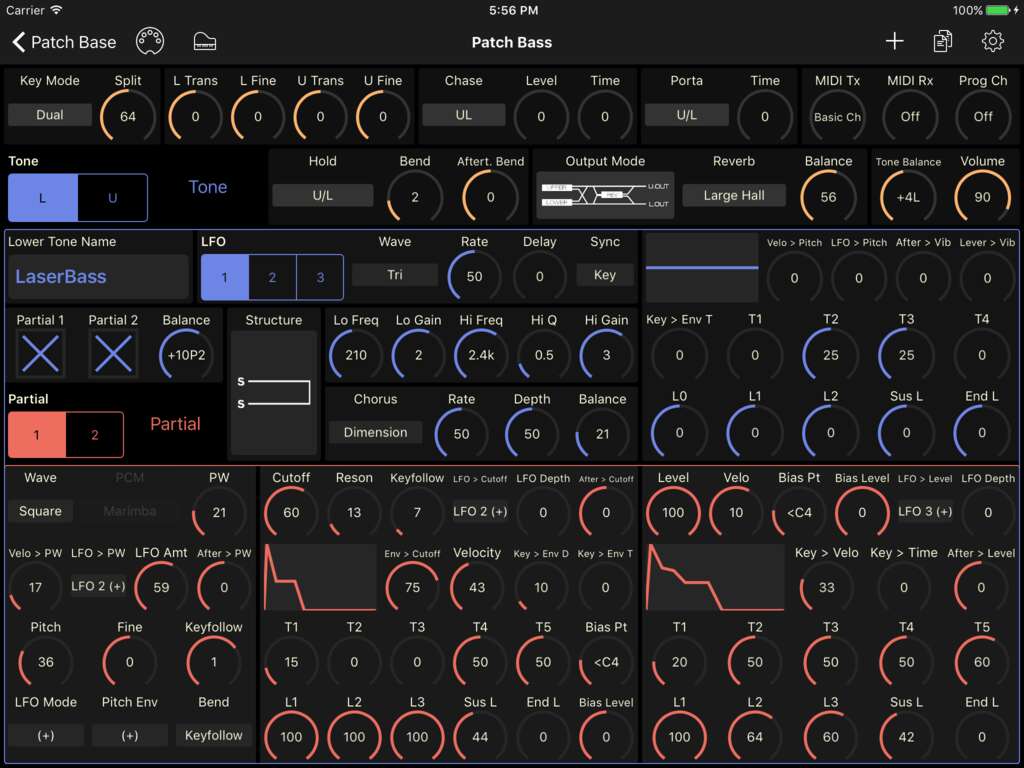 The new editor in Patch Base does some work to make all of this structure a little clearer. You have all of the patch laid out on one screen, giving you switches to go between the two tones of your patch, and the two partials in each tone. And when you change the "structure" parameter in the editor, it visually indicates whether each partial is acting as a sample player, or a synth voice. You can also copy and paste partials, and tones, making it easy to combine sounds from different patches into a new patch, or to make a copy of a partial and paste it to another partial and make detuning changes, or other subtle variations that you can stack into bigger voices. There are images to show you the meaning of what your "Structure" is, and what your "Output Mode" is, as well as see the shape of your envelopes, and select your Reverb and Chorus types by descriptive names (e.g. "Small Hall", "Flanger"), instead of the meaningless numbers that the synth itself will show you!

Below is a video of using the editor to create a sound from an "Init" patch (just a regular old square wave as the starting point).