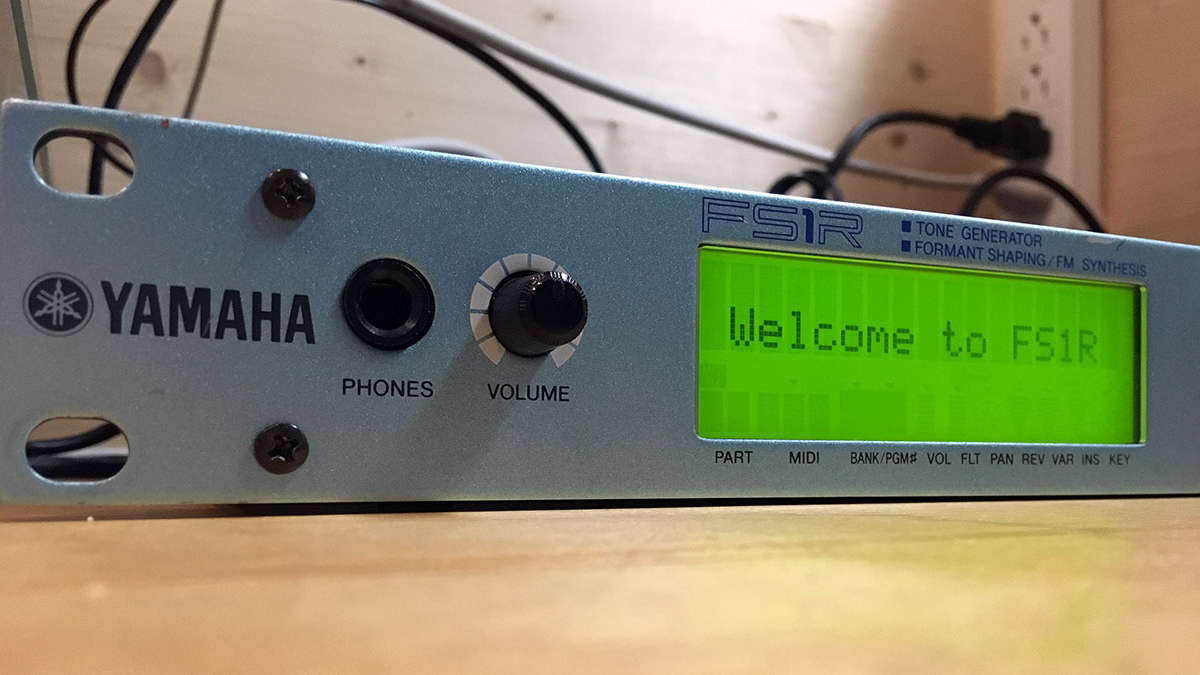 Yamaha FS1R Editor in Patch Base 2.10

Patch Base 2.10 adds an editor for the most complex FM synthesizer I've ever encountered: the Yamaha FS1R. This thing is a beast. First of all, it has 8 operators for FM synthesis! Imagine the possible chaos. And, each operator has both a "Voiced" and "Unvoiced" part. The Voiced part is your tone generator (similar to the DX7), and the Unvoiced part is essentially a noise generator with its own envelopes, frequency controls, and bandpass filter. The Voiced part also supports multiple waveforms (the FS1R calls them "spectral" forms), including a formant generator. Basically, you can make this thing sound like it's talking. It is hands-down the most amazing FM synth I've ever used, and I've only begun to scratch the surface of sound design with it.

And starting today, FS1R owners can go deeper with this synth, too. Like the FS1R itself, this editor was the most complex FM editor I've created so far. The current algorithm (out of 88 possibilities!) is shown in the top left, and also serves as the selector for which operator you want to edit. Each operator shows the output levels of the voiced and unvoiced parts of the operator, which helps give an overview of the structure of the patch. With 8 operators, a lot of patches won't even use all of them! Here's a demo of the fancy animation of the algorithm selector:

Selecting an operator will show you all of the controls for that operator in the bottom section of the editor. The Voiced and Unvoiced sections are bordered to help differentiate them, and their colors correspond to the level indicators in the algorithm selector. You can copy and paste the Voiced and Unvoiced sections of operators entirely, as well as copy/paste individual envelopes. You can randomize a section of an operator, to add a little spice to your patch, and as usual you can also generate entirely random patches. Some controls only apply when certain options are selected (e.g. Bandwidth in the Voiced section only applies if the Formant spectral form is chosen). The editor automatically shows and hides controls based on these relationships, to simplify the sound design process. 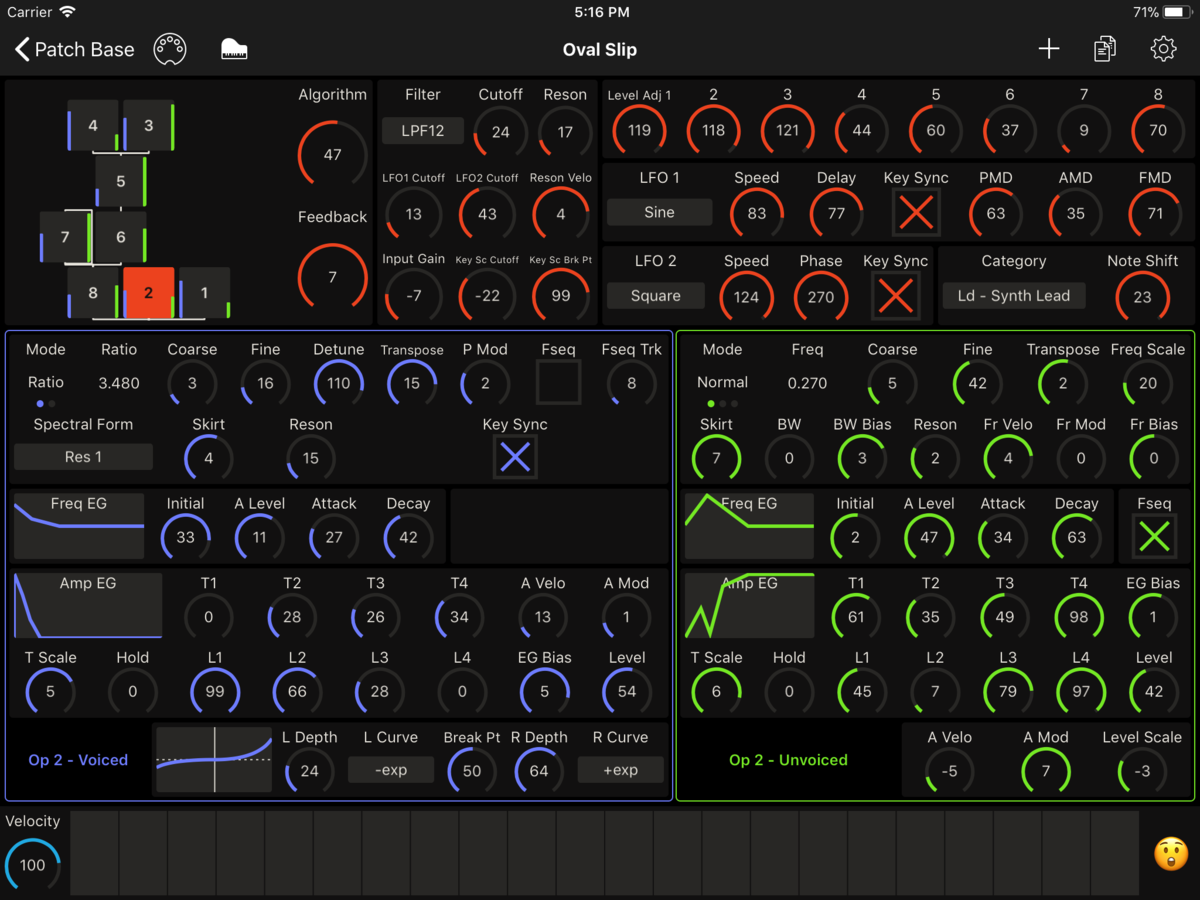 When no operator is selected, you'll see the parameters that apply to the entire patch, such as the Pitch and Filter envelopes. The filter controls are at the top, always visible, along with the two LFO's, for quick access. 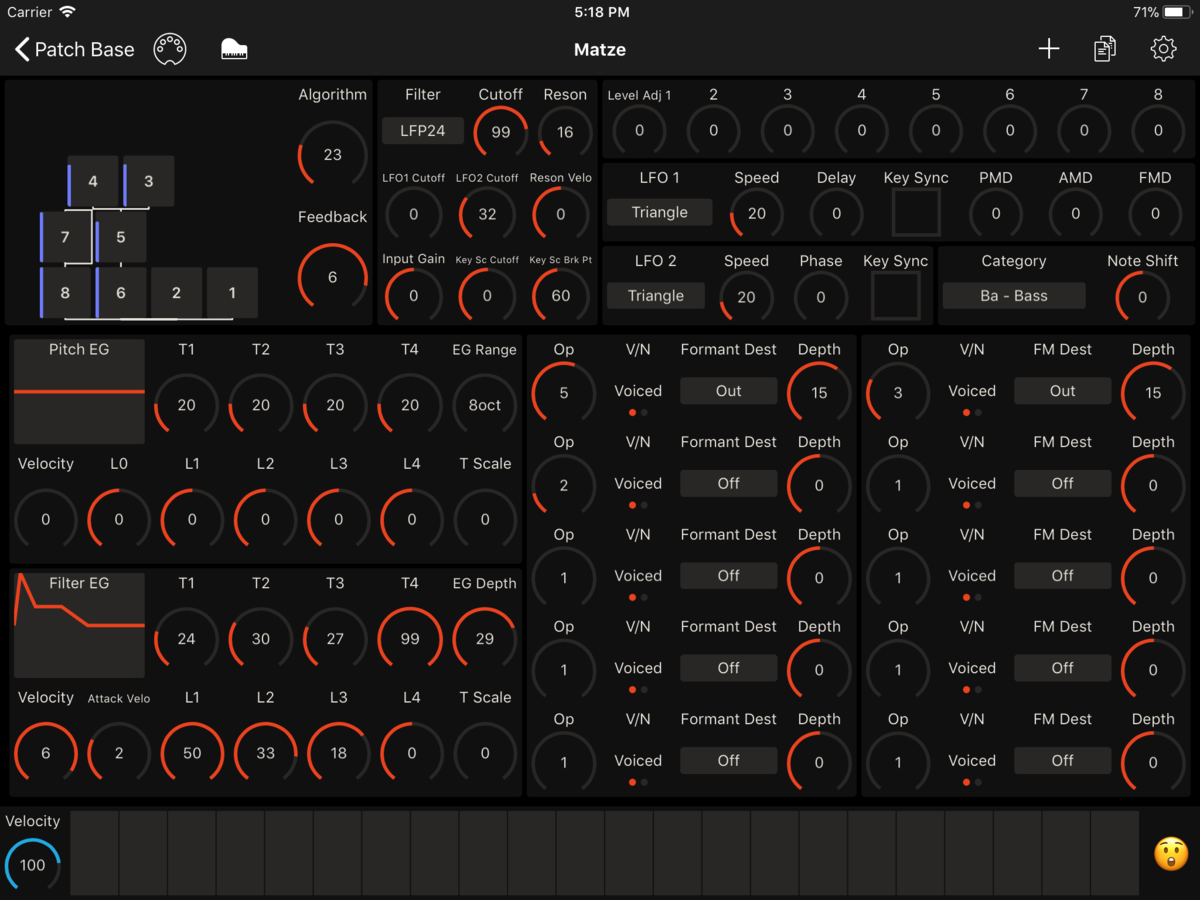 And as always, this new editor is free to try out before you purchase. So, give it a look, and let me know what you think! Also, a big thanks to Switched On for letting me borrow the FS1R from them. If you're looking for anything synth-related, give them a visit.

Here's a short demo of using the editor to make a simple bass patch from scratch: