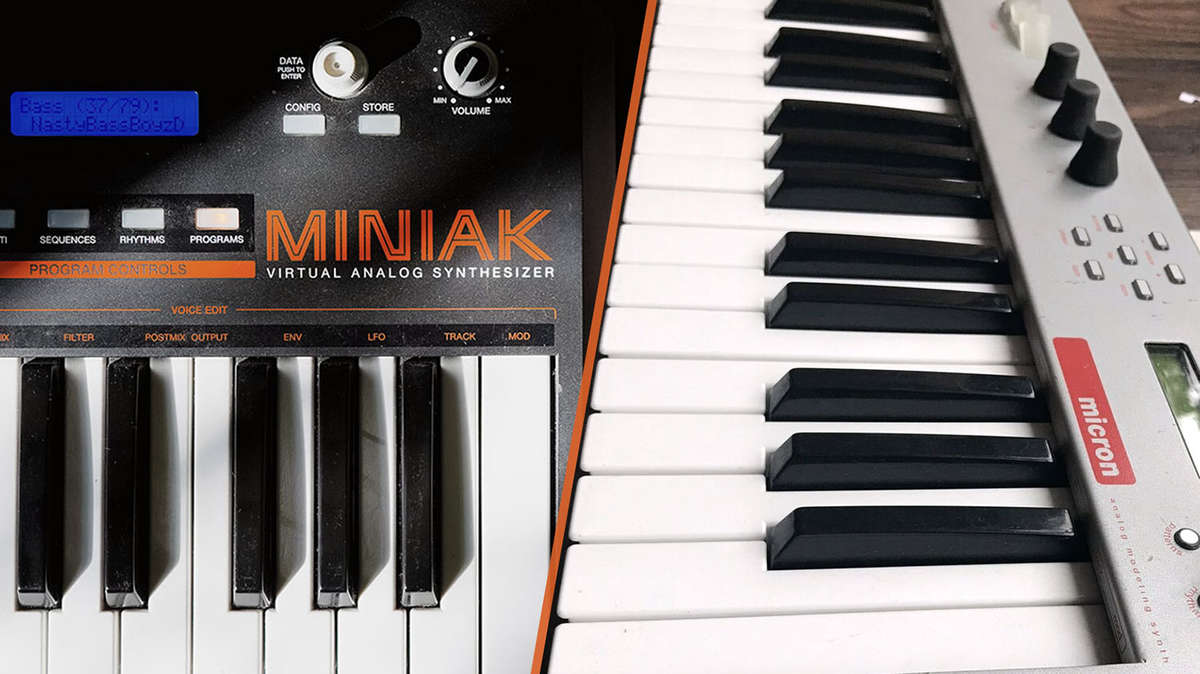 Alesis Micron and Akai Miniak Now Supported in Patch Base

The latest updates to Patch Base for Mac (version 1.1) and iPad (version 3.7) add editors and librarians for the Alesis Micron and the Akai Miniak. These two synths are virtually identical under the hood: they're powerful virtual analog synths with 3 oscillators, 2 filters (each with 20 different filter types), 3 envelopes, 2 LFOs, 12 modulation routes, 2 effects sections, and a few other modulation abilities such as FM, ring modulation, a tracking generator, and a sample and hold unit. That's a lot of potential for sound design. 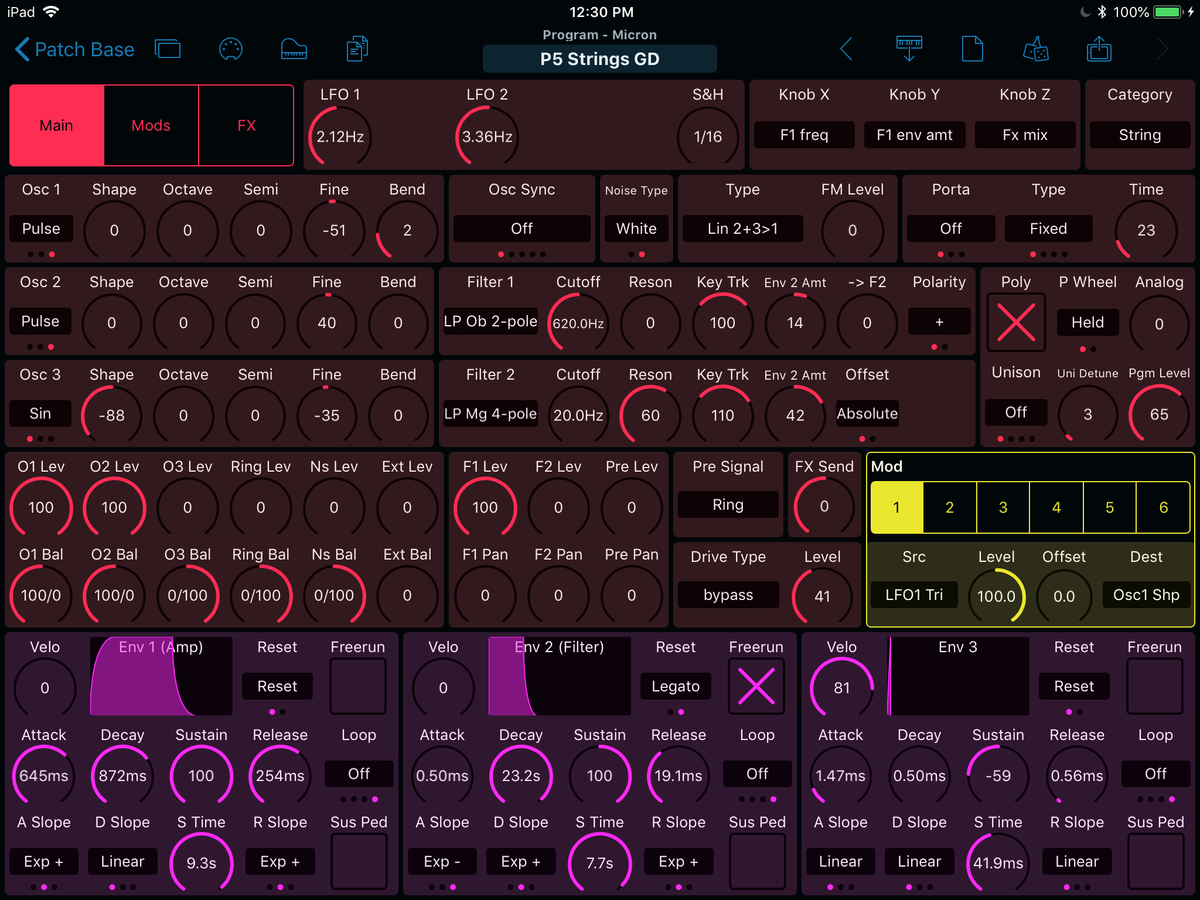 And if you own one of these, you know that they are not that friendly to edit: you get one knob and a two-line screen (plus some shortcuts with the keyboard keys). And that's a shame, because these synths sound great and offer huge sound possibilities in an inexpensive little keyboard. Now with Patch Base, you can see everything that's going on in a patch, and quickly and easily edit any Program parameter. Patch Base even gets around some of the limitations that other editors have (like adding modulation routes from within the editor, and renaming a patch). You have full control over the synth's sound engine. 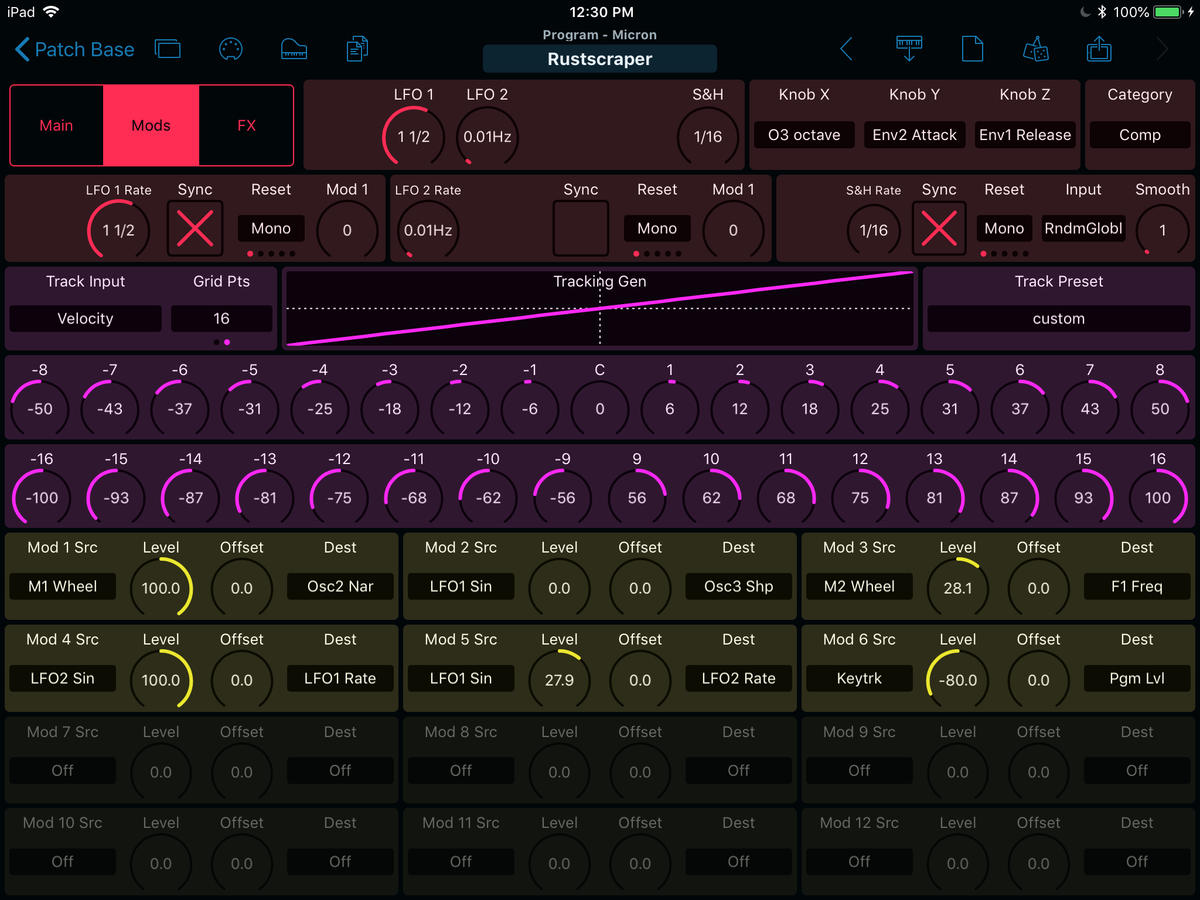 And with the bank editors in Patch Base, you can back up the sounds from your synth, re-organize them, and swap them out. The synth itself can store about 1000 sounds, and Patch Base can store as many sounds as you want.

What about Setups/Multis, Sequences, and Rhythms?

Currently Patch Base supports only Program editing (the synth sounds). Setups/Multis, Sequences, and Rhythms cannot be edited in Patch Base. That might get added at some point, but the folks at Akai/Alesis never bothered publishing any real MIDI documentation for these synths, so that's a big obstacle. The Program editor in Patch Base is possible thanks in large part to the people who have published their own findings from personal explorations and MIDI experimentation in the past. And even with everything published by those people on the Internet, a lot of additional experimentation was necessary in the creation of these editors.

What about the Ion?

The Ion is very similar to the Micron and the Miniak. But it is not identical. It has 4 separate edit buffers as opposed to the Micron's 1. And it has fewer effects. And most importantly: I don't have an Ion to work with. So an editor/librarian for the Ion is still somewhere on the horizon. Many of the controls in the Micron editor would work on the Ion, but several features would not work correctly, so if you're an Ion owner, please don't purchase the Micron editor expecting it to work with the Ion.

Here's a screencast of using Patch Base on the iPad with the Miniak for some sound design, starting with a simple sine wave patch.

These editors are available now. For more information: