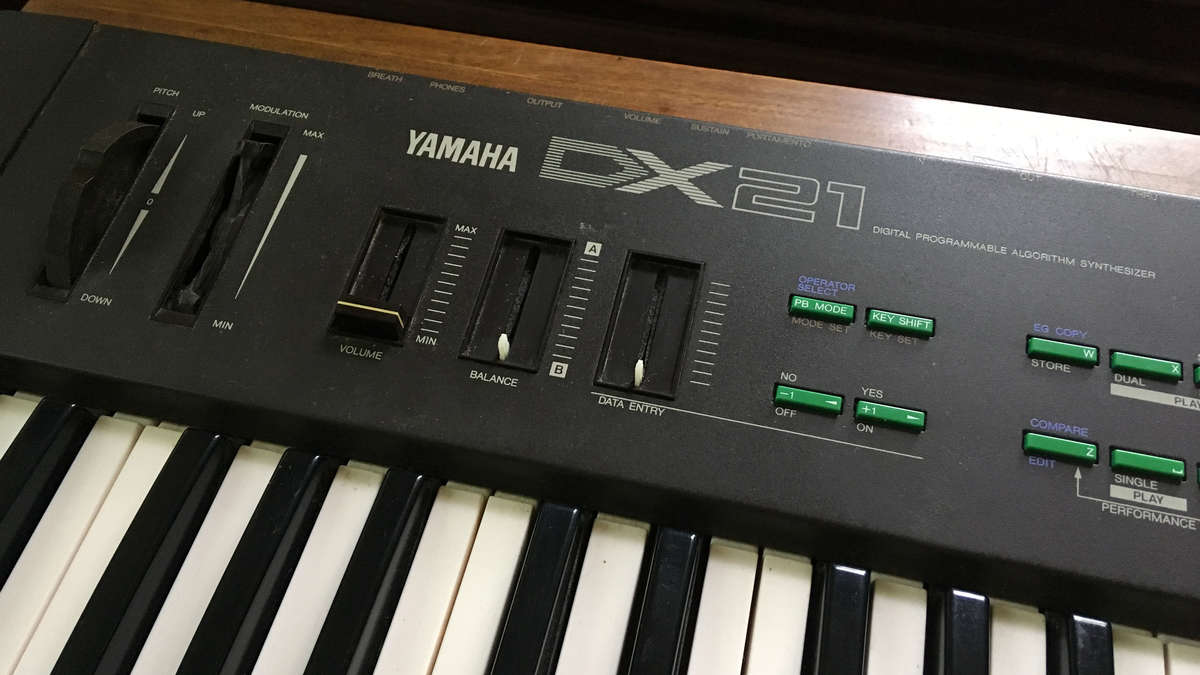 The latest updates to Patch Base (iOS version 3.11 and Mac version 1.5) bring an editor/librarian for the Yamaha DX21. The DX21 is another of Yamaha's many 4-operator FM synthesizers from the 80's. It's very similar to the DX100, but includes a Pitch Envelope as well as a Chorus effect. It's also much larger than the DX100.

The DX21 pictured above is the one I recently acquired off of Craigslist here in Austin. It's pretty beat up: the Mod Wheel is half-gone, a couple of the sliders are missing their caps, a couple of the keys don't work, and I think one of the 2 outputs is completely dead. But it makes a trusty testing unit. I'm hoping Syntaur or someone will come through with some replacement parts at some point.

The patch editor shows all of the parameters on a single screen, with the usual Patch Base FM visualizer to let you see the structure of your patches. You can also copy/paste envelopes, or complete operators to make patching easier. 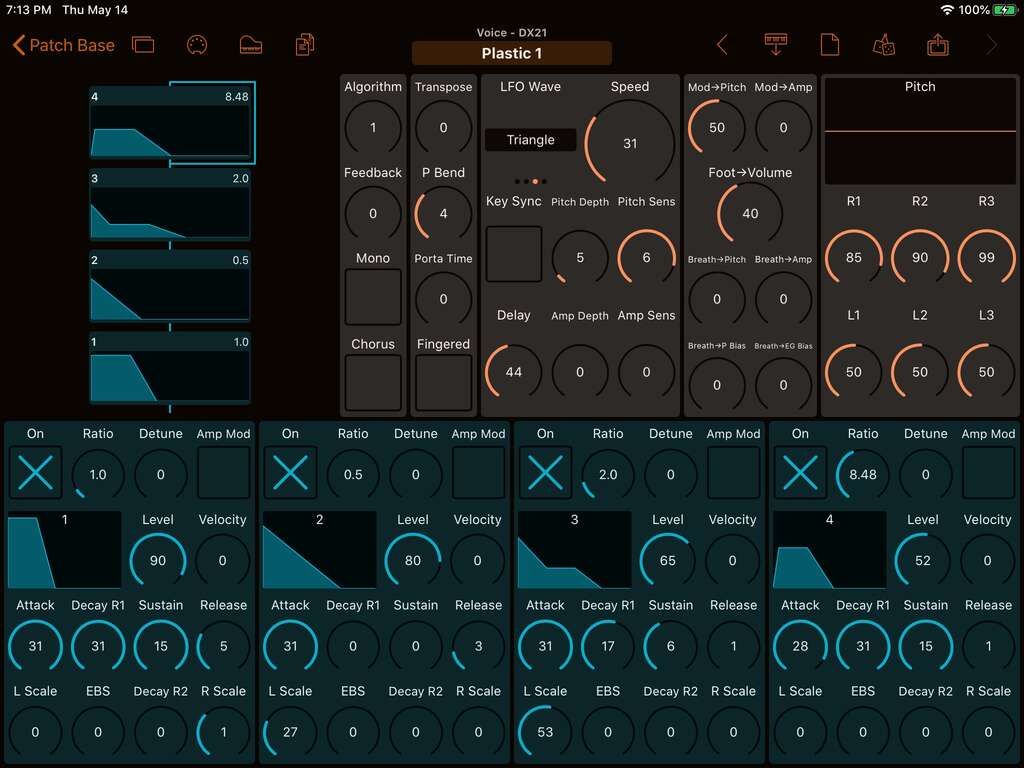 And the bank editor lets you organize the 32 sounds stored on your synth, making it easy to swap out a collection of sounds, and create different banks as needed.

In addition to the new editor, the latest versions of Patch Base have more changes behind the scenes. I've been restructuring many of the editors internally to be more efficient, and to make the interface respond a little faster.

Patch Base continues to support iPads all the way back to iOS 9. The last releases had some bad crashing bugs on older 32-bits iPads; this was due to a bug in XCode, Apple's development environment. I was able to install an older version of XCode that doesn't have the same bug, and that's what I used to build the latest release, so I believe the crashing bug is gone.