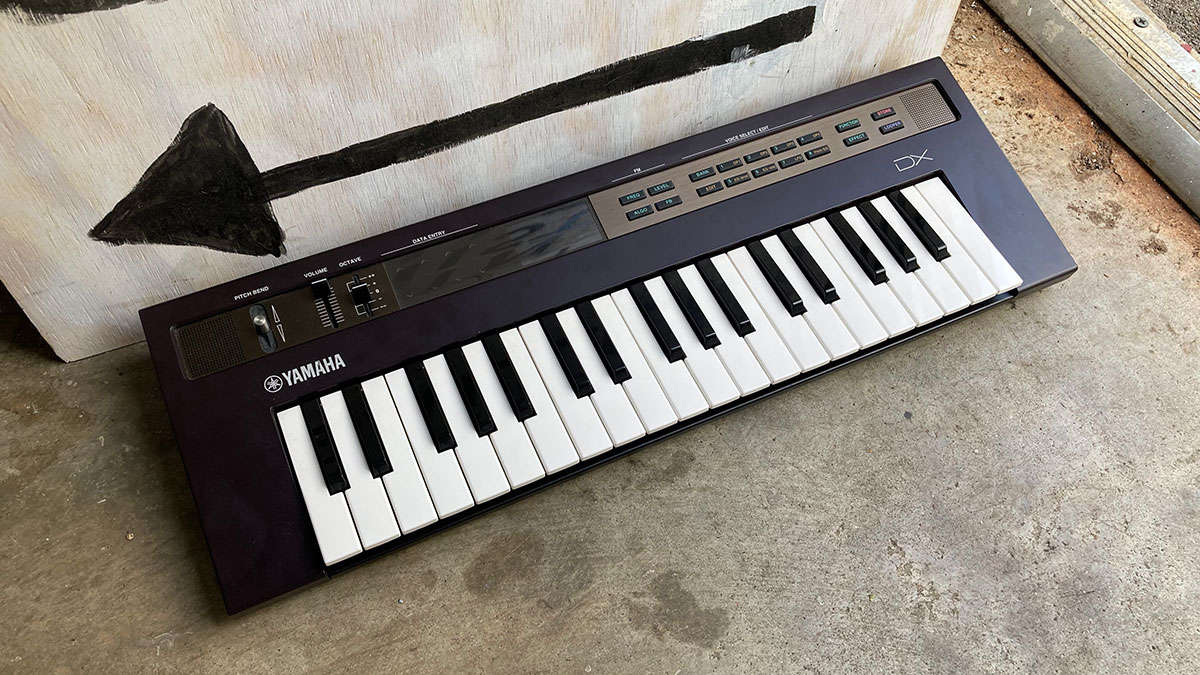 The latest updates to Patch Base (iOS version 3.17 and Mac version 1.11) bring an editor/librarian for the Yamaha Reface DX. Released in 2015, the Reface DX is an updated take on Yamaha's many classic 4-op FM synthesizers. People seem to most often compare it to the DX100, which is true in terms of its form and number of operators. But the Reface's updated feedback options give it sonic flexibility closer to that of the TX81z, with its multiple waveform options, or the DX21 and DX11 with their pitch envelopes. And in today's vintage synth market, you can get the Reface DX at about half the price of the DX100, which makes it a very attractive portable, high-quality FM synthesizer.

The Reface DX has 12 different algorithm options (whereas the classics only had 8), and as I mentioned, each operator's feedback setting means the waveform can be shaped to a Sawtooth, Sine, or Square wave, or anywhere in between. The sound quality is also incredibly clean and smooth, as opposed to the DX100's grittiness (which itself is a quality, of course!).

The other notable addition on the Reface DX is the two effects slots, each of which can be set to Distortion, Auto-Wah, Chorus, Flanger, Phaser, Delay, and Reverb. The added effects allow for much richer sounds directly out of the unit.

The patch editor shows all of the parameters on a single screen, with the usual Patch Base FM visualizer to let you see the structure of your patches. You can also copy/paste envelopes, or complete operators to make patching easier. 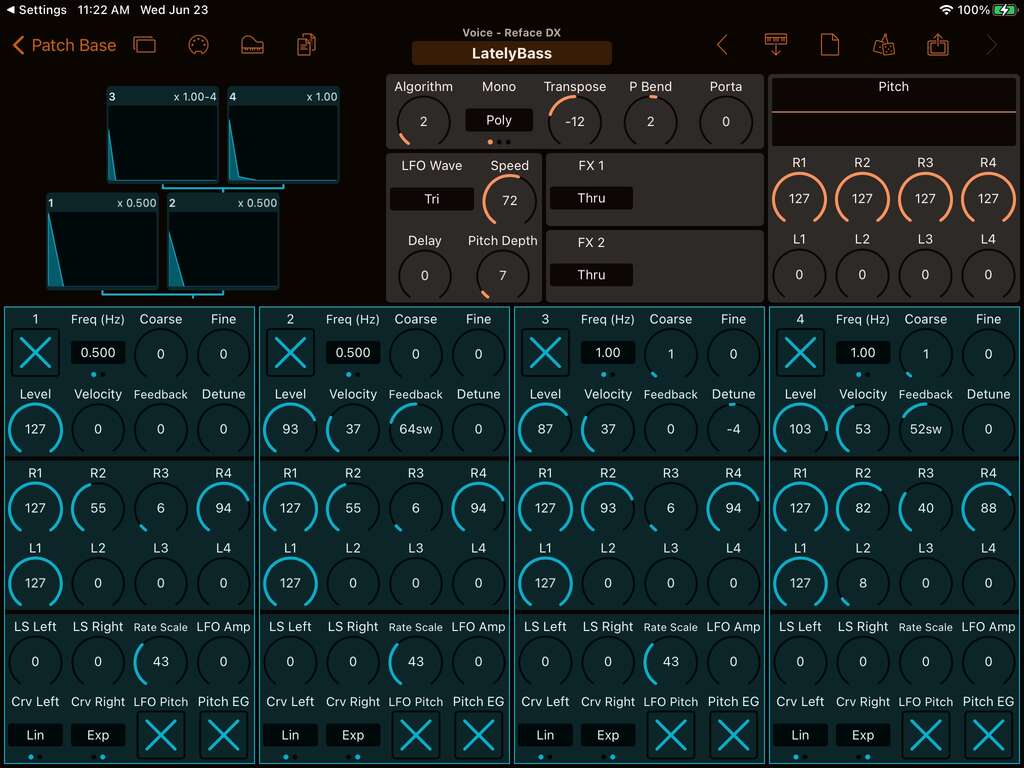 And the bank editor lets you organize the 32 sounds stored on your synth, making it easy to swap out a collection of sounds, and create different banks as needed. 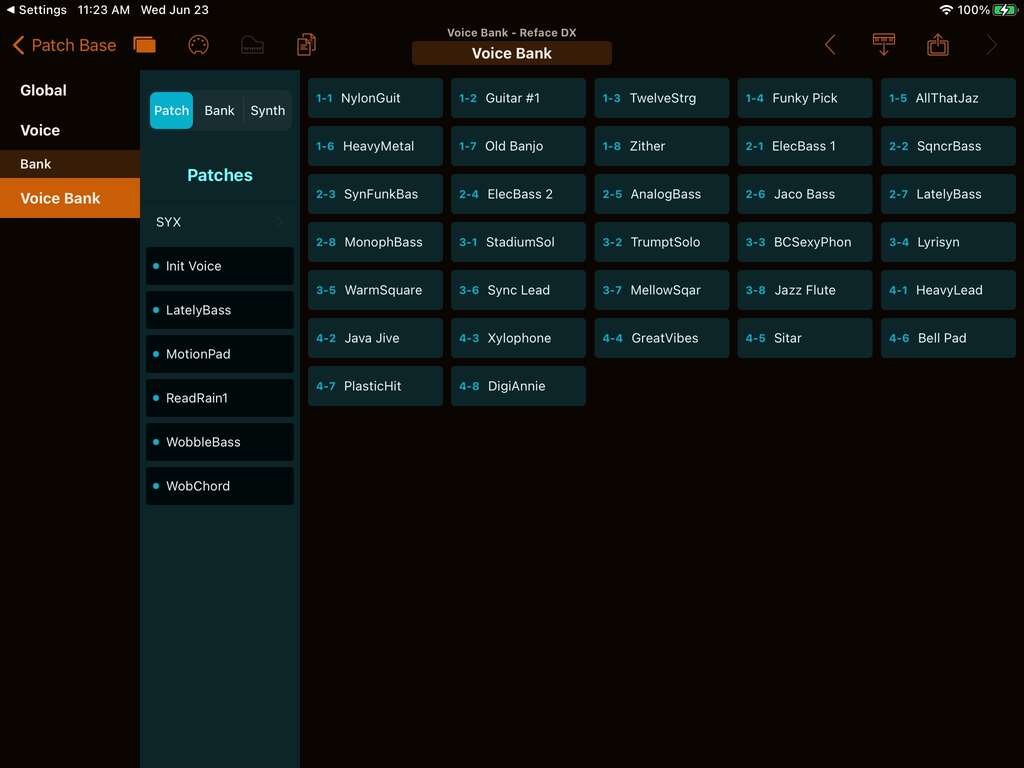 Another nice feature of the Reface DX is its USB port, which allows you to connect it directly to your Mac or iPad to use Patch Base or any other MIDI-based application. With Patch Base on iPad and 6 AA batteries to power your Reface DX, this means you can make new patches and swap out banks in the park, or the bus, or a cabin in the woods. It's a similar experience to what you can get with Korg's Volca FM, but with a 3-octave velocity-sensitive keyboard at your fingertips.

Also, many thanks to Martin Tarenskeen, who helped me with some information about fetching and saving voice banks to the Reface DX. Check out his Reface DX Legacy project where you can download his versions of the presets from many of Yamaha's classic 4-op FM synths. And if you like them, consider supporting him with a donation.