Integrating with Other MIDI Hardware

A common issue that comes up for people is how to connect their iPad to their synth, but to also have other MIDI hardware (a sequencer, for example) connected to the synth as well. Ideally, you would use additional hardware to route your MIDI data so that both the iPad and the sequencer can talk to your synth. But if you don't have additional hardware, you still have options.

One approach is to connect the MIDI Out of your sequencer to the MIDI In of your iPad, and connect the MIDI Out of the iPad to your synth. But to make this work, you have to have an app running in the background on your iPad that will take all the incoming MIDI data to your iPad and send it out to the synthesizer. One such app that can do this is Midiflow, which is what I'd recommend, as it's well-reviewed and has been around for awhile. The diagram below illustrates this approach. People sometimes ask if Patch Base can do this itself; not right now. This kind of MIDI data forwarding is really a separate issue from Patch Base, so for now I'm leaving that functionality to another app! Patch Base does its thing, and won't interfere.

Important note: With this kind of setup, you won't be able to "fetch" a patch from your synth into Patch Base! This is because you won't have the MIDI Out of your synth going to the MIDI In of your iPad, so patch data can't get from your synth to your iPad. This is why ultimately a hardware approach is preferred. 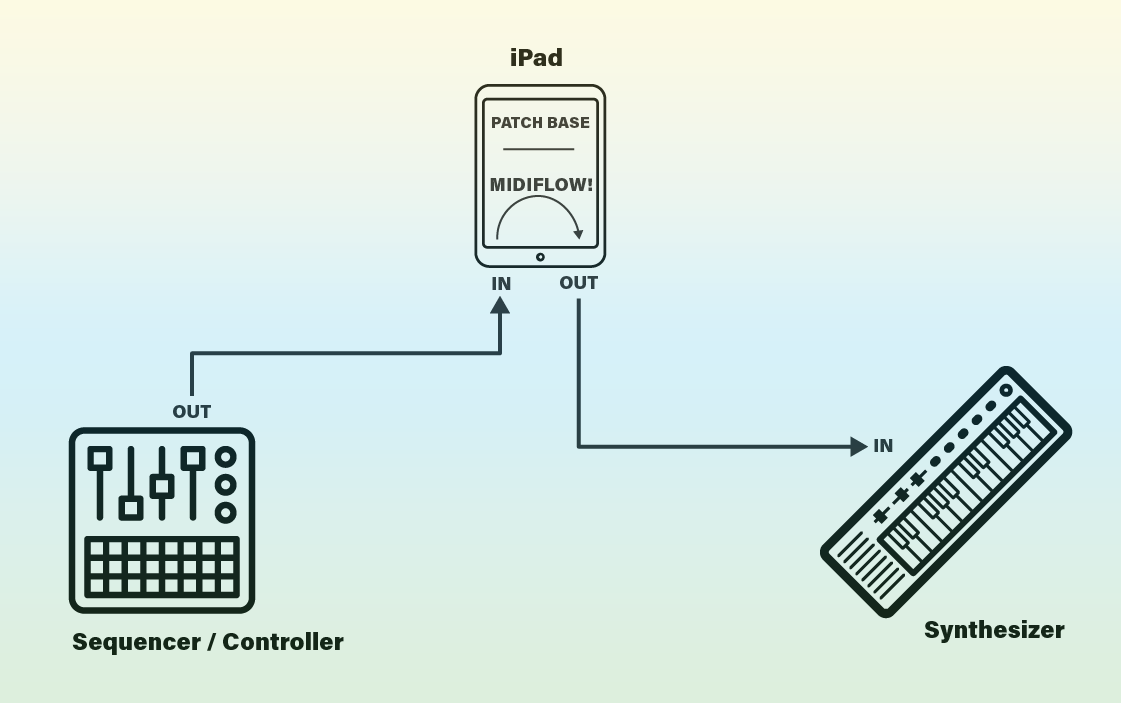 The preferred way to integrate all of your MIDI hardware is to have some sort of central hub that can route MIDI data where it needs to go. With this kind of setup, you can have your sequencer talking to your synthesizer, but also have full two-way communication between your iPad and your synthesizer for full functionality of Patch Base. You can even have multiple synthesizers talking to your iPad at once this way. The MOTU MIDI Timepiece is a great device for this, allowing you to hook up 8 devices at the same time with full two-way MIDI. You can often find them for cheap, used online. Below is a diagram of what your setup could look like with one of these. 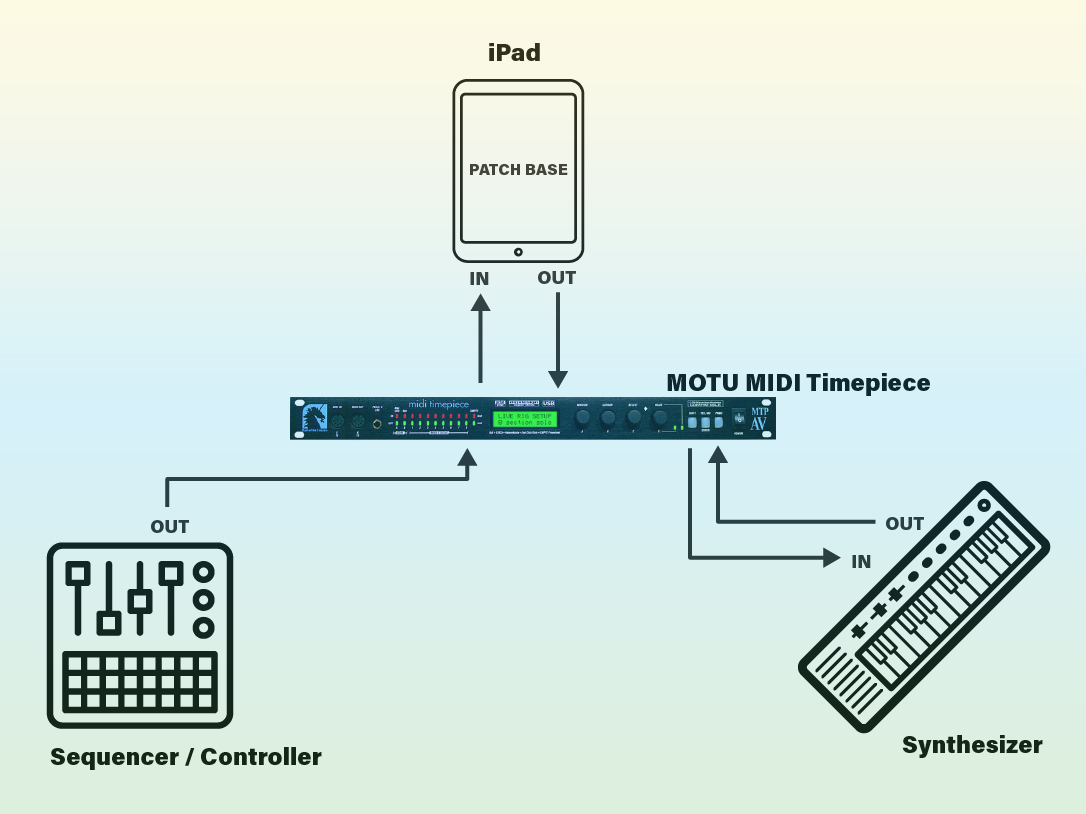