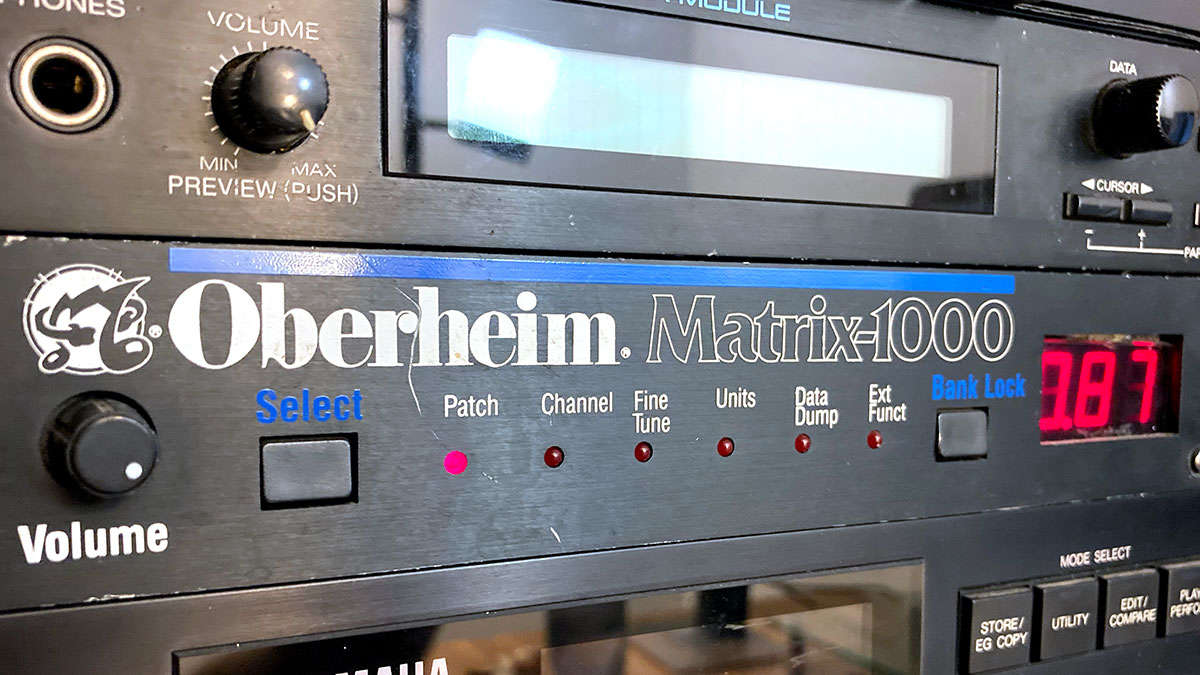 The Matrix-1000 is a rackmount synthesizer based on the same architecture as the Oberheim Matrix-6 and Matrix-6r, but with no on-board editing capabilities. Just 1000 presets. You can, however, program sounds for it using an external software editor.

Below are some Oberheim Matrix-1000 patch files for download, and links to additional sounds for sale elsewhere.

Here are about 1000 sounds found originally at Synth Zone (as matrixpatch.zip), but the .MID files have been converted to .syx sysex files. They're organized into 11 files that categorize the sounds, and fully compatible with the Matrix-1000. The original ReadMe file is also included in the .zip:

the 11 banks of patches supplied on cassette with the Oberheim Matrix6 and 6r. Saved as sysex dumps to standard midi files.

I believe most of these sounds are in the presets found on the Matrix-1000, but here you will find them better organized for browsing.

These files can be sent directly to your Matrix-1000 via a sysex transfer program, and they can also be imported directly into Patch Base. 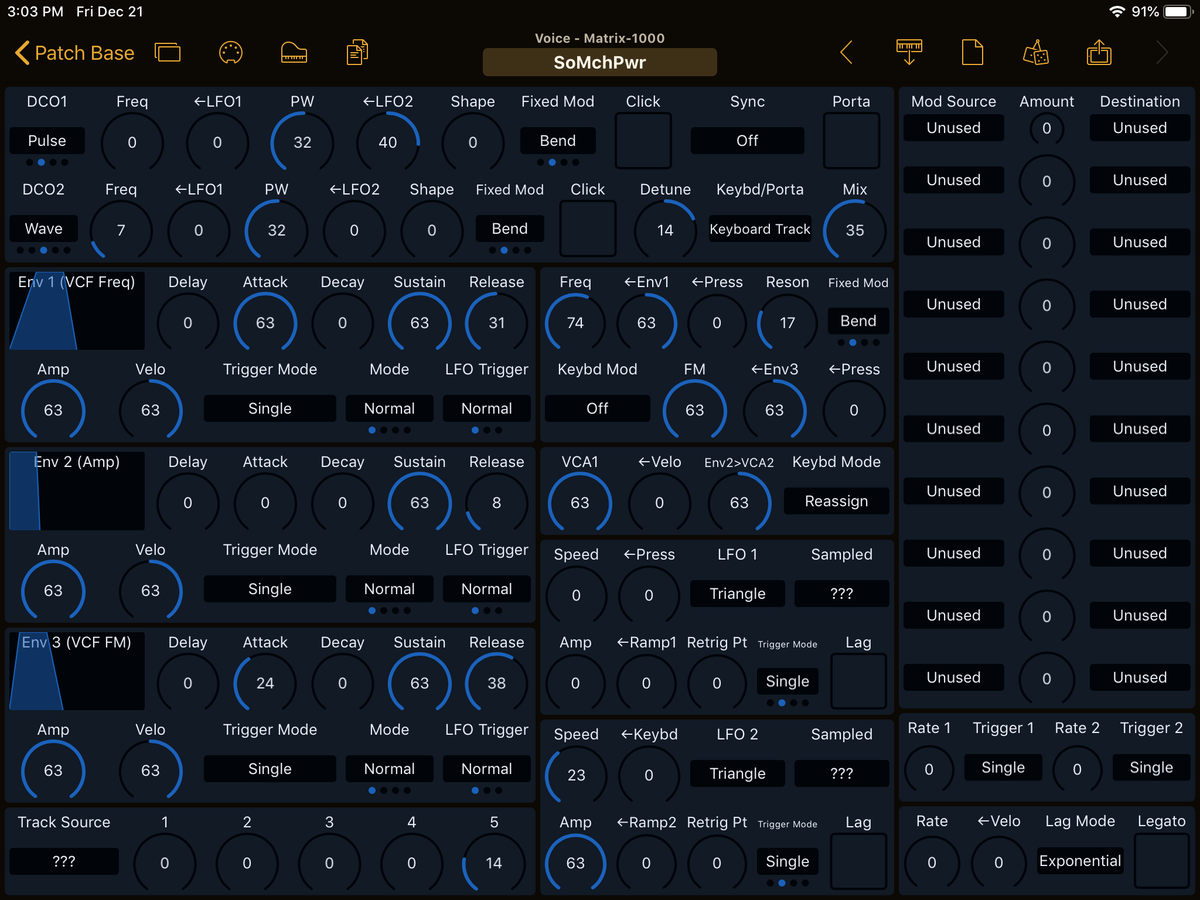 Patch Base has a full-featured Oberheim Matrix-1000 editor and librarian for both Mac and iPad. Try it out for free.