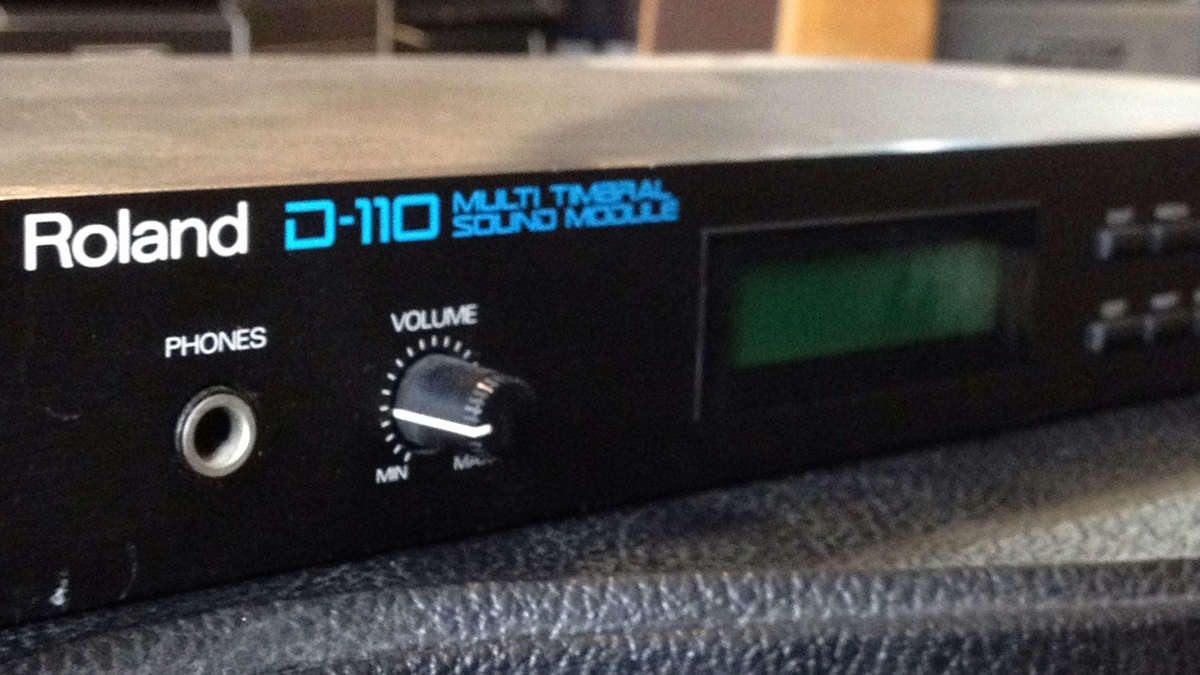 About a month ago, my regular Craigslist search for synths in the Austin area turned up a Roland D-10 at a too-good-to-be-true price! It looked like it needed some love, but the guy assured me that it worked very well. So we met up at a coffee shop and made the transaction. I got home, plugged it in, and what do you know: a few of the panel buttons didn't work, the outputs cut out sometimes, and the middle E key doesn't work at all. Rather than bother pestering the guy who lied to me, I figured that I could still make an editor for it, even with the broken buttons. And maybe a little later on I can get the wizards at Switched On to do some repairs on it...

But that's all to say that today bears the fruits of that sketchy Craigslist purchase: Patch Base 2.9 adds editors for the Roland D-10, as well as its siblings the D-110, D-20, and D-5. And for the next few days, they're each 25% off. Grouped all together, they're one of the most-requested families on the Patch Base voting form. All of these synths share a lot in common with the D-50, but they're a little more on the budget side, and they're just as confusing to program from the panel!

These new editors work in the synth's Multi-Timbral mode, allowing you to edit the Tones on the synth (each Tone has 4 Partials). The "Timbre Sync" button at the bottom puts the editor in sync with the selected Part you're working with, so you can change the transposition, overall output, and edit the Reverb settings. The editors are made with the hope that you won't have to know much about what a Tone, Partial, Timbre, or Part is(!) and you can still use them. Roland loves to make things complicated, and Patch Base tries to simplify them. Below are a couple of screenshots of the new editors, one editing a partial that uses a digital oscillator, and the other that uses one of the PCM samples: 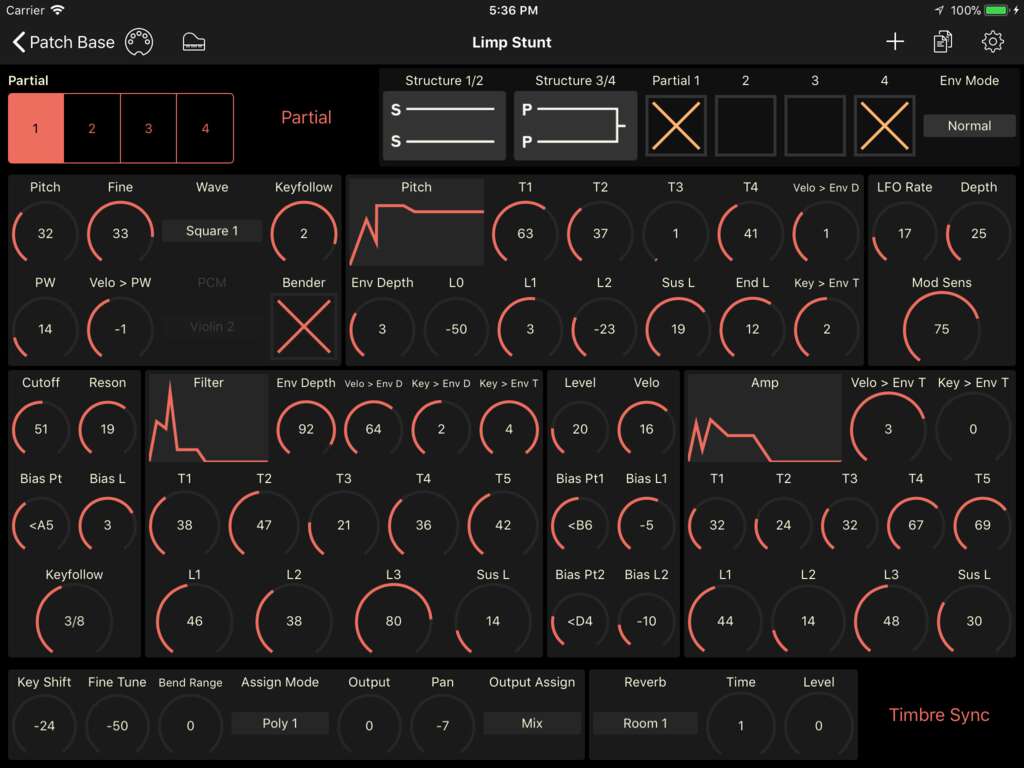 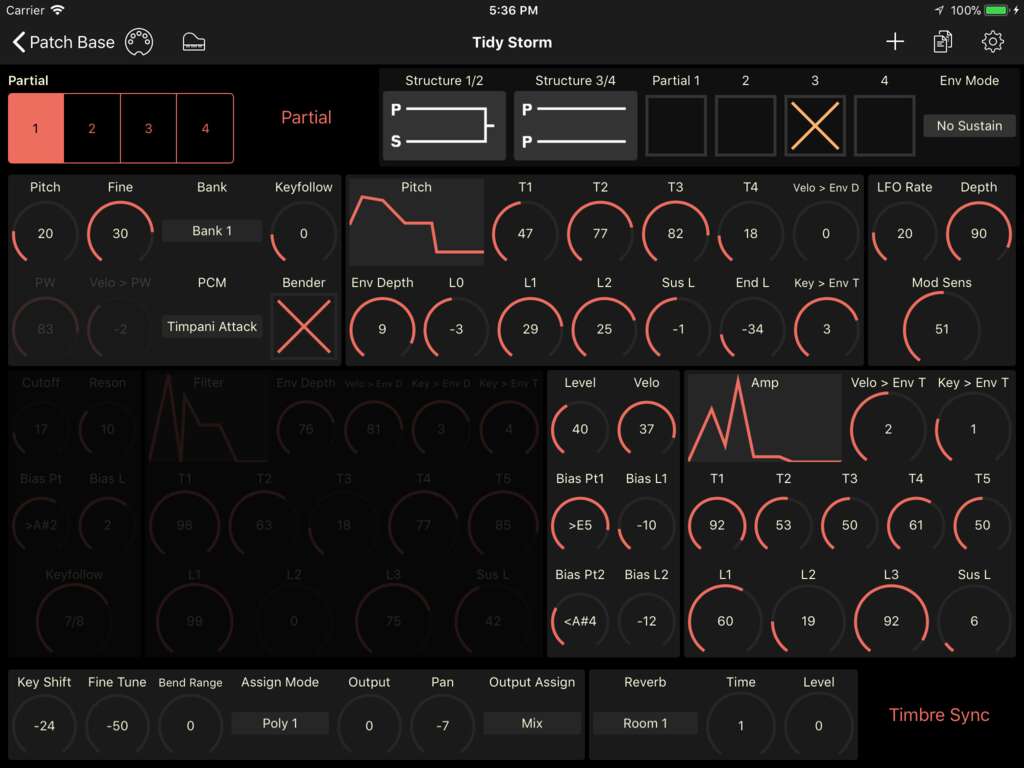