Patch Base has the best Waldorf Blofeld editor and librarian available for Mac and iPad. Edit any parameter, organize patches, create random patches, and more. 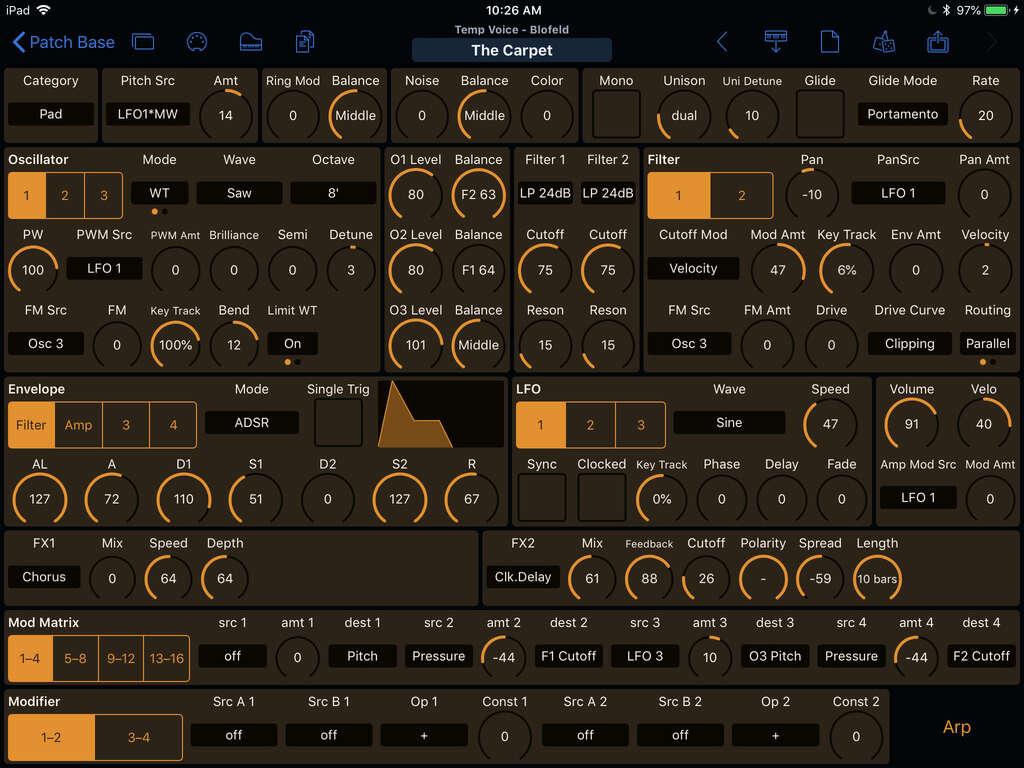 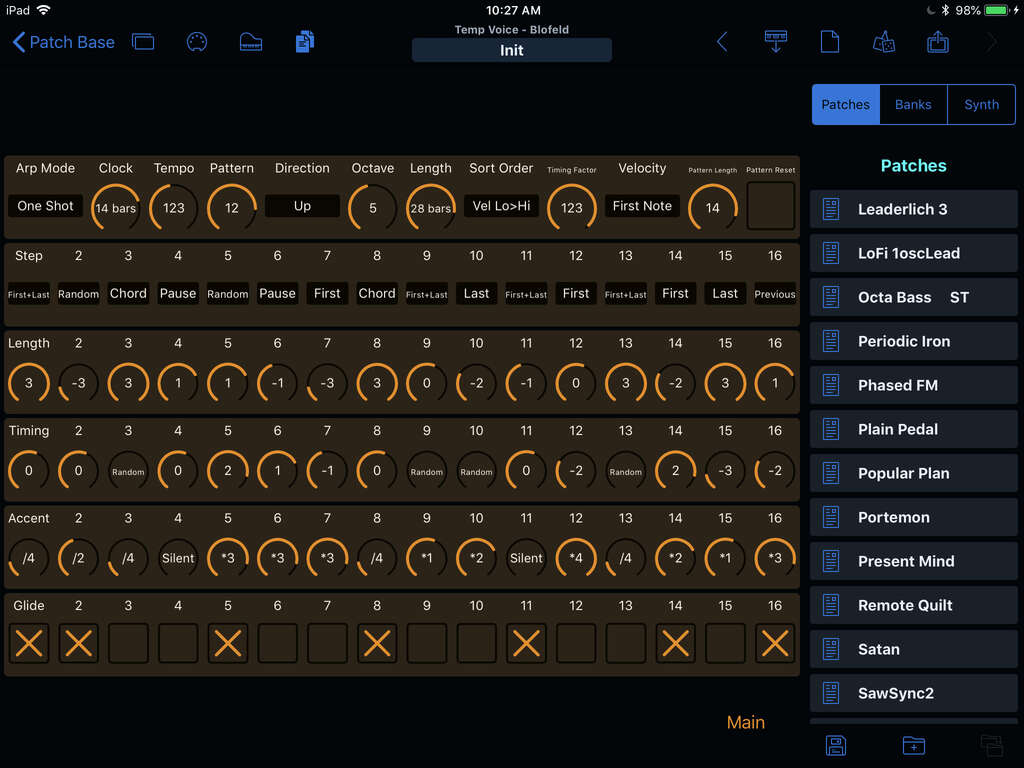 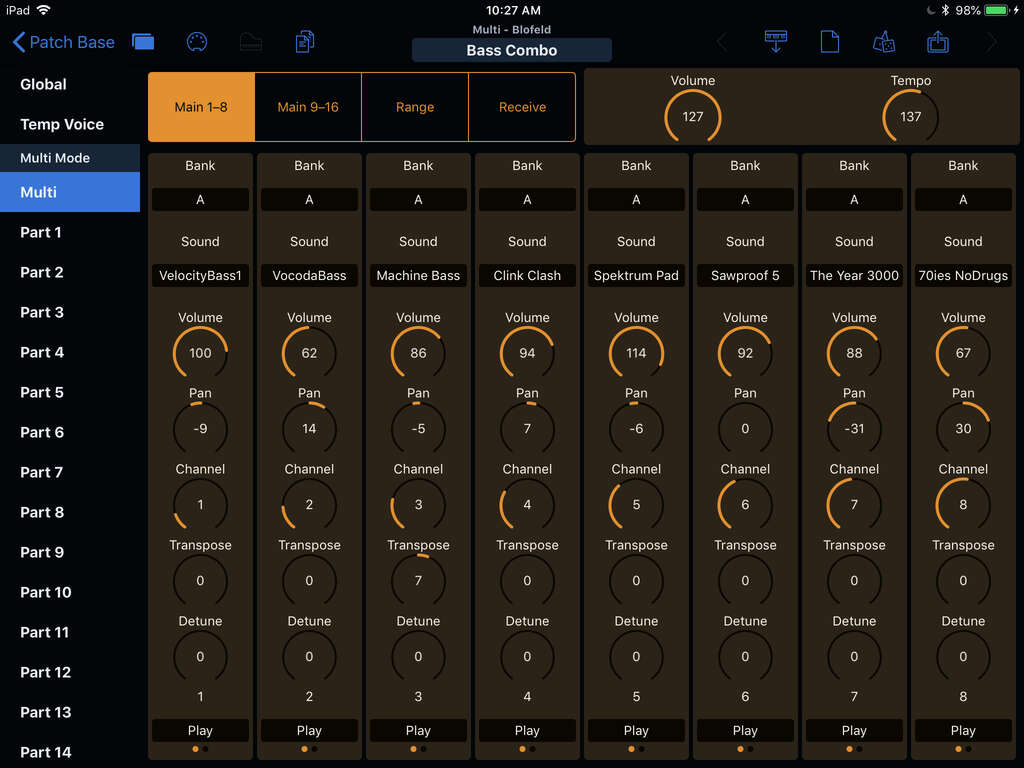 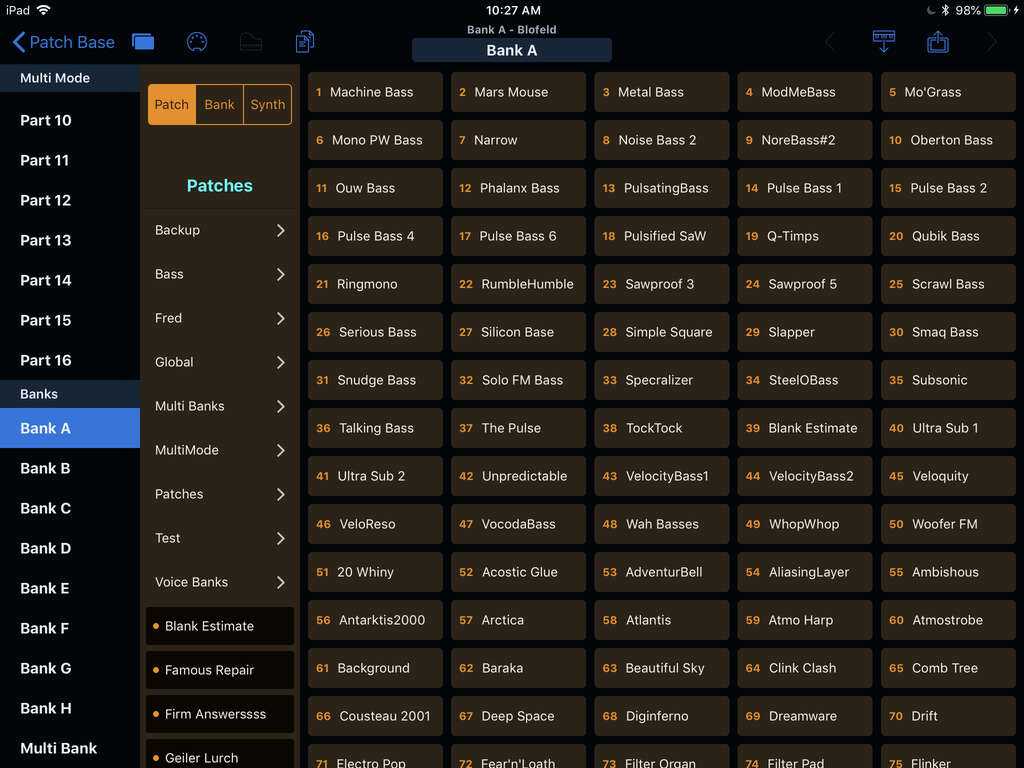 Edit any of the Blofeld's voice parameters in real-time. All of the oscillators, filters, envelopes, and LFOs are there on one screen for fast editing. Both Effects units are fully supported with all of their different parameters. The 16-patch Mod Matrix enables deep modulation possiblities for your sounds. And, the 16-step Arpeggiator is fully editable as well with its various step modes, variable note lengths and rhythms, and accents and glides.

The Blofeld can play up to 16 different parts at the same time, and now it's easy to manage all of them with Patch Base's Multi Editor. Quickly change the sounds used, mixing levels, panning, MIDI channels and more.

Also, you can directly edit all 16 sounds loaded in Multi Mode. Patch Base has 16 separate voice editors, 1 for each part, allowing you to easily switch between parts when you need to make small tweaks (or big changes!) to any of the sounds in a Multi.

The Blofeld has 8 internal patch banks, for a total of over 1000 sounds that can be stored on the synth. Patch Base's Bank Editor enables you to add new sounds, rearrange the locations of sounds, and backup and load banks of 128 sounds at a time. The Blofeld's 128 Multis can also be managed directly in Patch Base.

Download Patch Base for iPad free in the App Store.

Patch Base runs on macOS 10.13 and higher. Download it here.